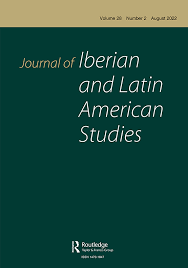 Preach, teach, sing and dance : towards the configuration of a modern political language in the Basque tongue (1813–1833)

At the dawn of the nineteenth century, the Basque language, or Euskera, was eminently popular. The vast majority of written works in the language were religious books. This would change significantly throughout the first third of the century with a notable increase in the number of texts in this language and a change in content; published texts were political or written with, and about, hymns and dances, all in a more manageable format than their predecessors. This article seeks to understand this quantitative and thematic change, and of format, which was closely linked to the process of popular politicisation experienced in the Hispanic monarchy around that time. I will untangle the motives for creating and disseminating these texts and the reception of the discourses contained therein by the target audience, i.e. the popular classes, for whom a modern political language, until then indiscernible in this language, was created or adapted. Basque-language printed material was a local manifestation of this context and can aid in understanding similar manifestations in other locations. With this, we can discover the media used to involve marginal and popular (to varying degrees) communities in the emerging public sphere.