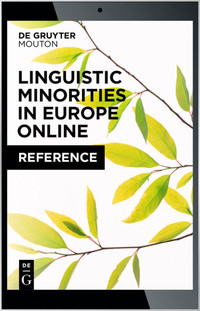 The strong revitalization efforts of the Basque language along with the implementation of a standardized variety (Euskara Batua [Unified Basque]) in the public education system of the Basque Autonomous Community in Spain have given rise to a new Basque-speaking population known as euskaldunberriak or ‘new speakers of Basque’. The recently established paradigm of new speakers defines this group of speakers as individuals who acquire the minoritized language by means other than family transmission (O’Rourke et al. 2015). In this respect, new speakers are at least bilinguals with a majority language and show a wide range of sociolinguistic competences, polyglossic practices and experiences (Smith-Christmas et al. 2018; Lantto 2018). Despite such heterogeneity, a common finding about new speakers in the European context is that their linguistic practices tend to be considered “illegitimate” or “inauthentic” (Hornsby 2015; Ó Murchadha 2013; O’Rourke & Ramallo 2013, 2015; Sallabank & Marquis 2018) and the Basque case is no exception (Ortega et al. 2014, 2015; Rodríguez-Ordóñez 2016; Urla et al. 2018; Lantto 2018).

Despite recent theorizations on new speakers in the European context, and our understanding on the illegitimization processes of new Basque speakers, there is a dearth of research focusing on their linguistic systems and an understanding as to how the social meaning behind their use of perceived contact-phenomena contributes to their authentication (or lack thereof) processes as members of the Basque-speaking community. It goes without saying that in language contact situations, cross-linguistic influence is inevitable. Language revitalization efforts, which are mainly found in situations of language contact, are often driven by standardization processes that cannot be divorced from political, cultural or identity acts (Grenoble & Whaley 2006; Armstrong & Mackenzie 2013). The cross-linguistic influence, or the perceived contact influence that arises in situations of language revitalization are consequently imbued with social significance, and often times, and connected to new queries of “being”.

A contact-linguistics approach to the study of new speakers can be fruitful in that it allows us to theorize about the various contact mechanisms that different bilinguals employ in their linguistic repertoires as well as the way these contact features gain social evaluation. In the present study, I draw on my previous work (Rodríguez-Ordóñez 2013, 2015, 2016, 2017, 2020) by examining the use of three morphosyntactic phenomena of Basque that have either been attributed to contact (i.e., Differential Object Marking), or are “L2-difficult” (ergative-case marking) or have shown some sort of bilingualism effects (Subject Pronoun Expression) among new speakers that differ in their sociolinguistic proficiencies of Basque. Our second goal is to explore the linguistic attitudes behind these morphosyntactic features as a way to understand how they contribute to their “authentic” Basque identity and the use of Basque in general.

After we provide a brief account on new speakers (Section 2), along with the methodologies (Section 3), we show evidence that the variable use of the three morphosyntactic features are not unique to new speakers but the underlaying mechanisms behind their use are sociolinguistically constrained (Section 4). Additionally, we provide evidence that some of these contact-features are highly stigmatized in Batua (Standard Basque), and negatively contribute their identity as “authentic” members of a Basque society, which, consequently, may provide a new perspective on why the use of Basque remains low among these speakers (Sections 5 & 6).