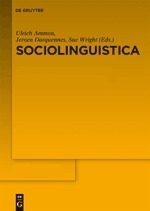 This article develops a user perspective, applied both to law as discourse and normative practical reason - law, religion - and to linguistic communication. In multilingual contexts, this perspective requires special adaptation, because the communities of users may use different languages for the creation of new norms, and for their judicial interpretation and application. The possibilities for contesting meaning are enhanced where multilingual normative communication is involved. Important consequences then follow as regards legislative drafting, statutory interpretation and multilingual contexts of conflict-resolution. The EU is the classical multilingual institutional setting where these ideas are tested. Although in the EU only those languages that are official or co-official at the level of the Member State are immediately recognised as official languages, the EU operates as a genuine multilingual system of law, the most impressive official multilingualism in the world. Discourses exploring the EU’s political identity tend to see this multilingualism as an obstacle to the development of a demos rather than a salient feature of its multicultural and federal-like Constitution. This paradox is compared to the linguistic identity of the Basque Country, which is analysed in its different territories from the legal and sociolinguistic perspectives, where the legal status of Basque is subordinated to the official language regime of France and Spain.